I haven’t worked at the beach for a while, but I thought it would be a great way to start my week. I used to go to Cafe Aquamarino for lunch and work from there, but this time I am in a different spot. A friend publishes a picture from this place almost daily, so I thought I would give it a try. I am sitting comfortably with ocean views waiting for a bowl of food to arrive…. Andddd as I was typing that, it arrived. Picture time. 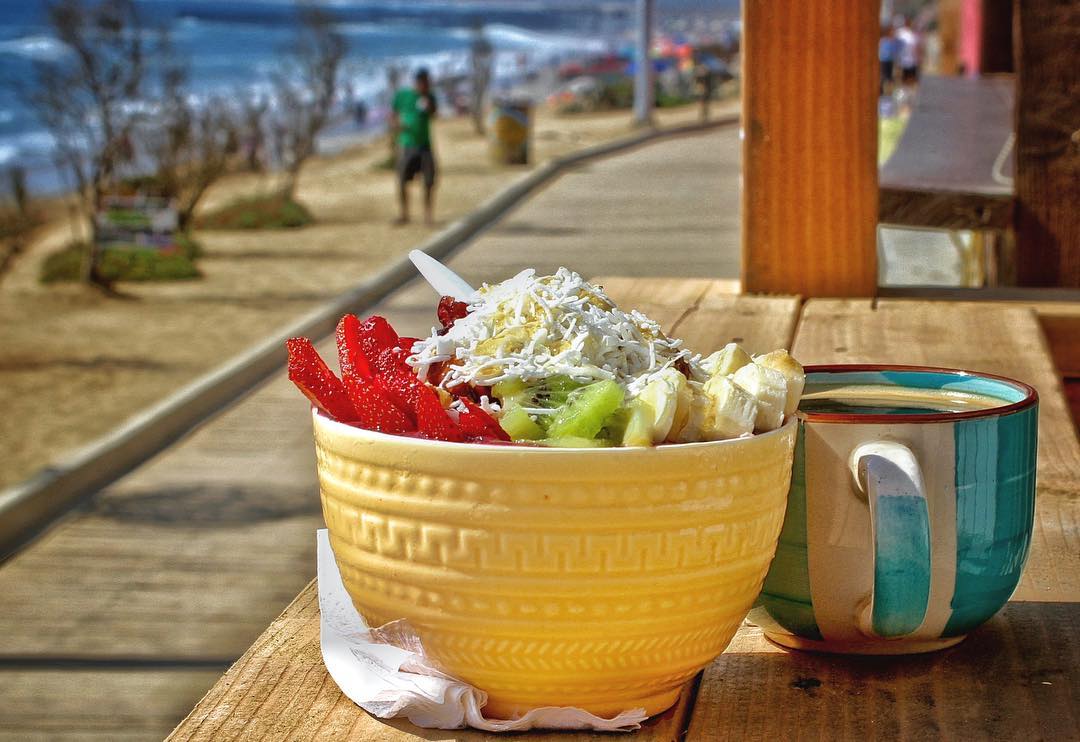 Ok. I almost never eat fruit, but that was delicious… I should really eat more fruit.

The work that I heavily procrastinated on got done between Tuesday and Wednesday. Worked all night on Tuesday, didn’t get to enjoy tap Tuesday…

Wednesday I finished the job in the early afternoon and then friends came over to play Smash Bros. for hours. I also got a white sheet to work as a backdrop for a photostudio. 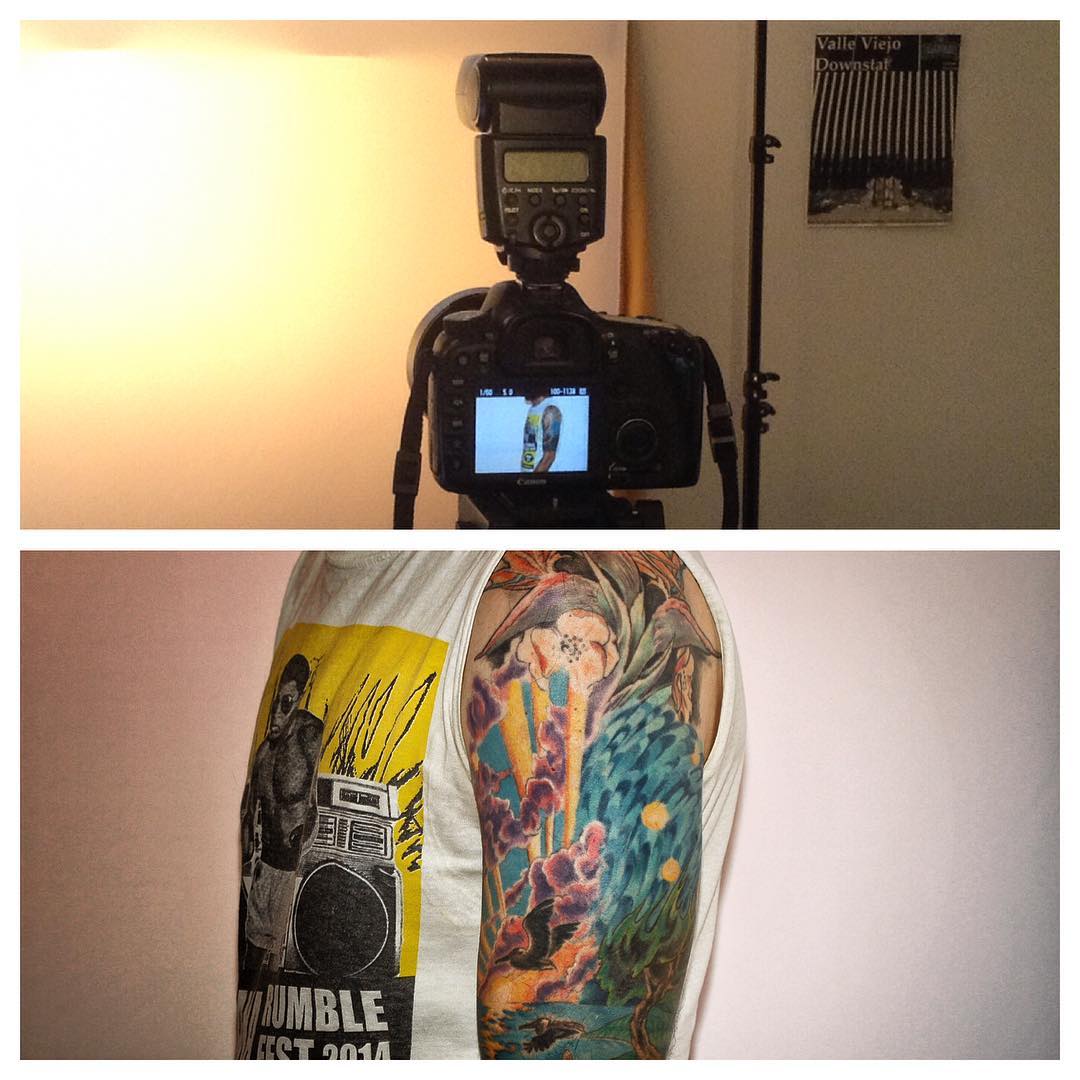 Thursday the work got accepted, and it should be published on July 7th, it’s a feature story, so that’s good. Then I had more work… Work consisted on impromptu trip to Ensenada to check out the breweries, tap rooms, and eateries. It was a fantastic awesome fucking day in Ensenada, it inspired me to go back soon. I took a lot of pictures:

Friday I edited the pics above and then set up my studio for a photoshoot with my ex girlfriend (who models). I test shot a selfie with my cat, Bisho. 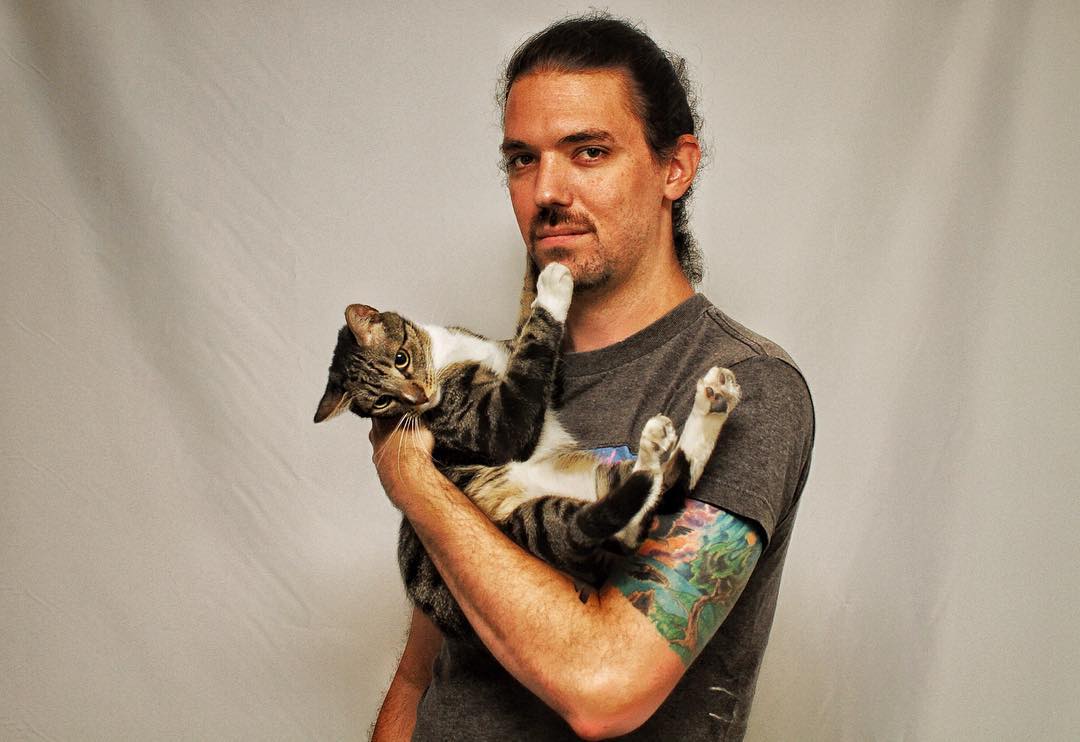 The photoshoot with her also went fantastic. Well… It started a bit tense and unproductive, but as time passed, we started having fun and I thought they came out great. However, she doesn’t think so, so I haven’t been able to post any except this preview. 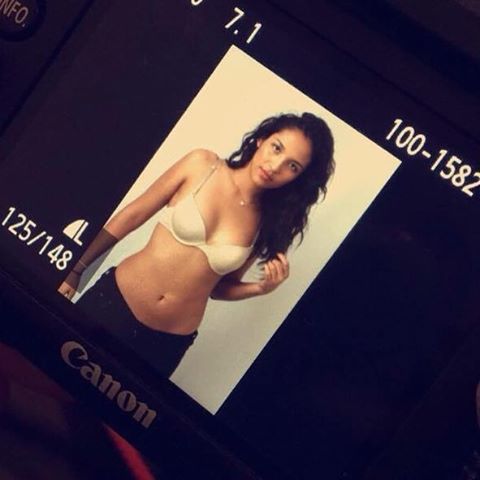 Saturday I went shopping with a friend to San Ysidro. Shopping is not very like me, but I got some clothes at H&M. I also got to try shit I never wear. I looked horrible. Speaking of such friend, he just got here and sat next to me. That Saturday night we drank whiskies then went out for a beer. After that, he went on his way to a party and I tried my luck at the casino. I lost quickly (only 200 pesos), so I went home.

Sunday was family time and Copa America time… Oh yeah. I have been watching a lot of soccer. That game was sad. I should wrap this up…. Sooooo 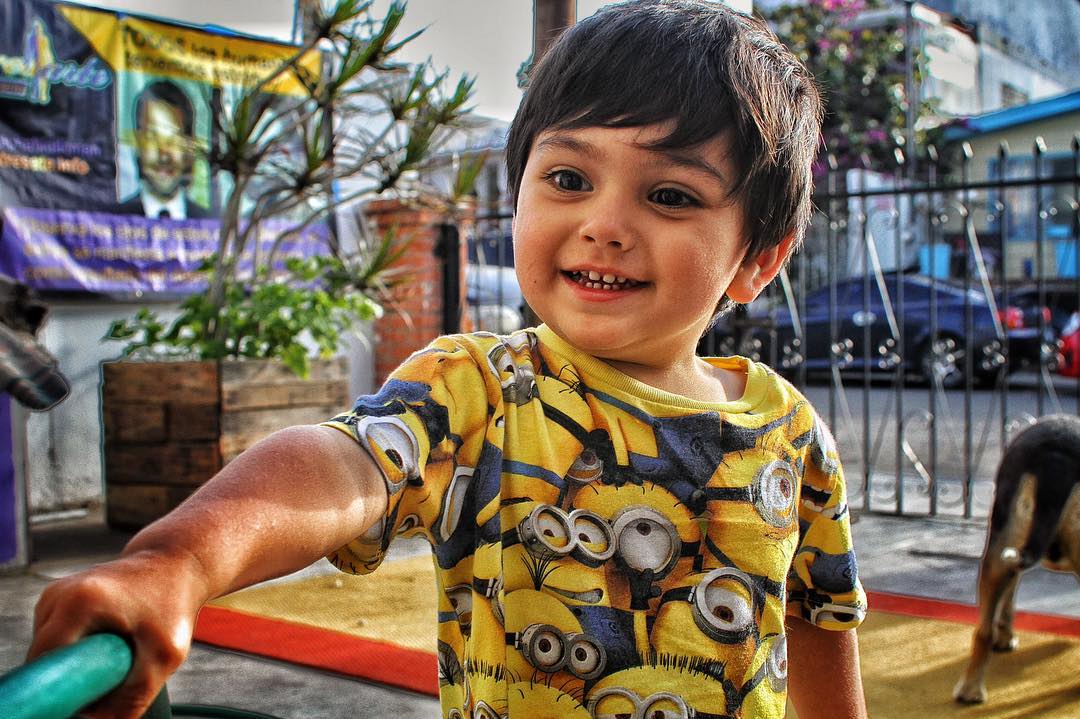 Oh shit.. I just got an email that I have to do some work tonight relating to my story. So really need to wrap this up.

Morrissey
Hah! This shoot was insane.

So… I gotta be honest. I had no idea who Morrissey was. I knew The Smiths, but I was never really a fan, I just knew of them. So I had no idea who their lead singer was. This was a fun shoot, but a crap shoot, in August 17, 2008. Eight years ago. Time flies like crazy. I was so young.

Anyway, I was at LAX on the departure flight in Tom Bradley International… I forgot who I was waiting for, but there were a few photographers there. I noticed one of the photographers sneaking downstairs. This was no ordinary photographer, this was one of the best paparazzi out there (the one that took Britney Spears pussy picture and her shaving her head). He had been in the game since his teenage years and now ran his own agency. The agency I joined later on.

This great paparazzo persona was hiding behind a big pillar in the arrivals section by himself. I hid in a pillar a few meters away from him and watched. He never saw me, they never saw him. Then it happened, someone came out of a town car, he left his hiding spot and started shooting. I jumped in the opportunity, this in the pap game is called “jumping,” and it’s frowned upon. But LAX is free territory and I stalked the stalker.

I took pictures without knowing who I was taking pictures of. I had to asked fellow paparazzi in my agency. I remember their reactions of “HOLY FUCK dude! That’s Morrissey!” I was ashamed of not knowing who he was, but also proud, because apparently he is tough to get. The paparazzo I jumped later turned out to be my boss when I joined NPG (National Photo Group). I used his old gear which was a Nikon D3 with a 70-200mm/2.8f. The same camera that took the picture of Britney’s cooch… It was like a legendary camera, photo skills + just by grabbing it. I miss that camera.

Anyway, these pictures were taken when I was using a Canon 30D with a 17-40mm. Similar to the one I’m holding here behind Party Boy (Chris Pontius).

^This picture was the same week that I saw Morrissey. Party Boy was getting in a random car. We talked and he was chill as fuck.

Here’s Morrissey! It was a crap shoot… But I guess I had the privilege to see the almighty vegan god in all it’s glory. 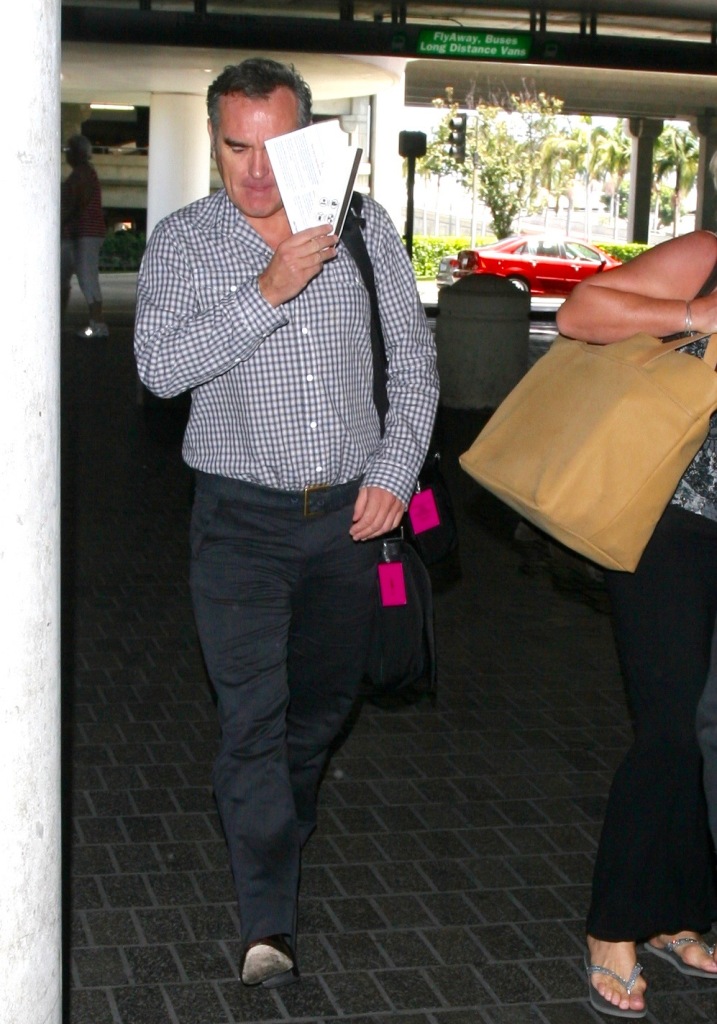 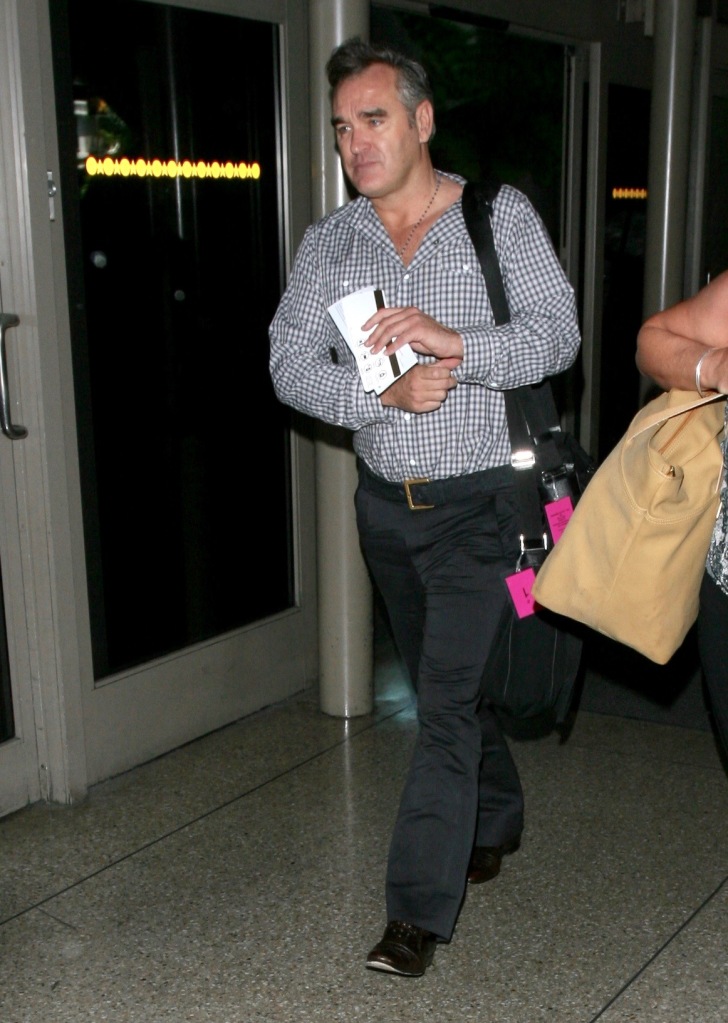 Now I seriously gotta run out the door for some work thing! I’ll edit some of this tomorrow, but also I have a lot of work tomorrow. This week is going to be awesome again, with a lot of work…