The Calm Before the Storm – Videogame Addict – Jason Bateman

I thought I was going to be really busy with the new gig, but no new tasks came all week. I am glad I bought the Wii, though now it consumes all my time. Yep. I didn’t do any work all week. Well, just Thursday I did some interviewing and picture taking. You know. Work. Then Friday I did a bit more of that work. Now I am supposed to finish this work thingy by tomorrow and I still have no tasks to do. So basically I have one thing to do, but I’m the procrastinator master. I should be doing the work thing way before writing in this silly blog, but this is fun.

I went out for tacos before this. I felt the scorching heat on my back. At least my apartment is cool enough (with the fans running full blast). 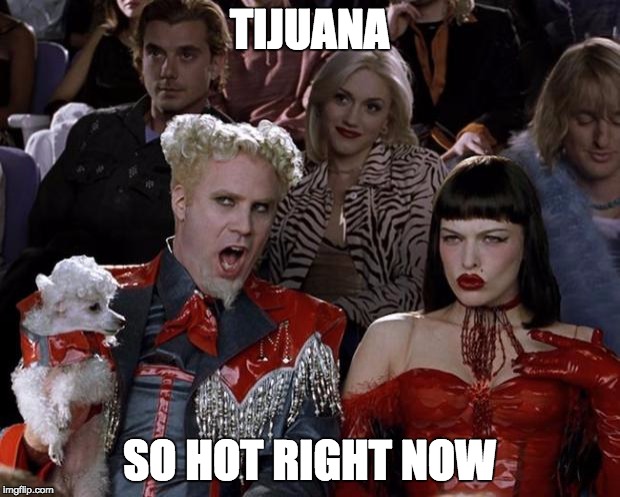 That image has a double meaning somehow.

Ok. Now this week I have a lot of work. Let’s see… what did I do last week.

Monday, I finished Super Mario 3D World for the Wii U. That was my second day owning the console.

Tuesday was a bunch of Donkey Kong Tropical Freeze. That game is amazing. Made it to the last boss and I got lazy and started collecting all puzzle pieces and K O N G letters from each level and unlocking the secret levels.

Which by the way, I gotta do the same for the Mario game. And I still have Star Fox to go through.

So it’s gamer me now. Wednesday I did the same. Just gaming. Friends came over to play Smash Bros. I did horrible because I’m using the gamepad instead of a gamecube controller. Well at least that’s my excuse. So now I have Smash Bros. as well, and a couple of controllers.

Thursday I finally did some work. Successful interview, good pictures, now I just have to finish it…

Followed by Friday doing some more of the aforementioned work. And I also worked the door at an event called Danzing Daze. I only worked the first 2 hours then I was free to go to enjoy the party. It was a tad too much crazy rave electronica for my taste. Went home around midnightish, for some reason, I woke up really early (pre-dawn), the colors in the sky were pretty, so I took pictures.

Saturday I went to a friend’s “home coming” thingy of the new house with his wife. Took my camera. Didn’t take that many pictures. Mexico lost 7-0. The meat was fantastic. The beers were alright. After the party, I went to another party thingy and again, home around midnightish.

Sunday was a lot of Donkey Kong. Seriously, that game is really damn good. It was intercalated with Super Smash Bros. which is gigantic and has thousands of options. But is not really good one player game.

Holy shit am I typing a lot about videogames. No one gives crap. I should write about beer. Apparently that’s good stuff. Because if you google Tijuana Brewery and go to images, I’m the first result. And the second. And a few more in there. I’m good at SEO, even though it is semi-accidental. But that’s why I got that job that I got that I’m not doing right now because they are not sending me tasks though I should finish with my own task because I already did all the work and I am ready to finish it but I love avoiding work and writing run-on sentences like this one with absolutely no periods just to annoy the fuck out of the reader who might be happen to be reading this absolutely horrible word vomit shit paragraph.

I chose him… well… I didn’t choose him. Someone chooses it for me. Basically whoever I happen to be talking to at the moment, I’ll ask them their favorite celebrity. If I have pictures and I haven’t posted it them, they get posted. This person chose Jason Bateman. And because I like her. I’m going to post my pictures of Jason Bateman. First I gotta edit them.

The first set, I don’t even remember it. I am sure I didn’t watch Arrested Development back then, because I would have a more vivid memory of this. Judging from the pictures, I stood on the other side of the street and never bothered him, though he did see me. The agent that was helping him was my friend, she didn’t give me the tip, but didn’t it make the shoot difficult. Pictures are from September 13, 2009.

The second set I do remember more vividly, not sure why. I know my TMZ friend was there because the last picture of my set it’s his face. Not only that, I remember he interviewed him and Bateman was actually really nice. It was a pleasant shoot and I got good pics. Pictures are from May 14, 2010. It’s funny to think that I was 23 years old and doing this crazy ass job.

My friend and colleague running to catch up.

Jason was cool. And those were the only two times I saw Michael Bluth. Big fan of Arrested Development, so I always see him there I guess.

And now. I should get to work. I expect tasks sometime this week, if not, then until the beginning of the month. But I expect a lot of work. I mean… I hope. If not. Then I’ve been celebrating nothing (nahhhh I should be getting more work soon).