For the first time in a long time, I got a decent paycheck for two weeks work. And work a lot I did. I also had a Tijuana Adventure that kept me from touching my bank account, which is pretty nice. And like always, Tijuana Adventure was really insanely fun, met wonderful people, and had a great night (it was actually one of the most fun nights this year).

I got a nice paycheck that covers rent, my expenses for two weeks (and more), and still had a bunch of money leftover, so I have some purchasing power. Something I haven’t enjoyed in a long ass time. Not only that, it seems like this feeling is going to stay for a while. If I keep making a decent paycheck for someone living in San Diego, but still living in Tijuana, I’ll be able to save money and buy as many things as I want. And there are a lot of things I want.

But nerdiness is on my skin. So my first purchase was a video game console. I’m a Nintendo loyal and will always be. I mean. I have a Triforce tattooed on my arm. I have more work ahead of me, though all I want to do is enjoy the fruits of my labor and watch Copa America and the UEFA Euro Cup. This June seems like a busy and very interesting month. 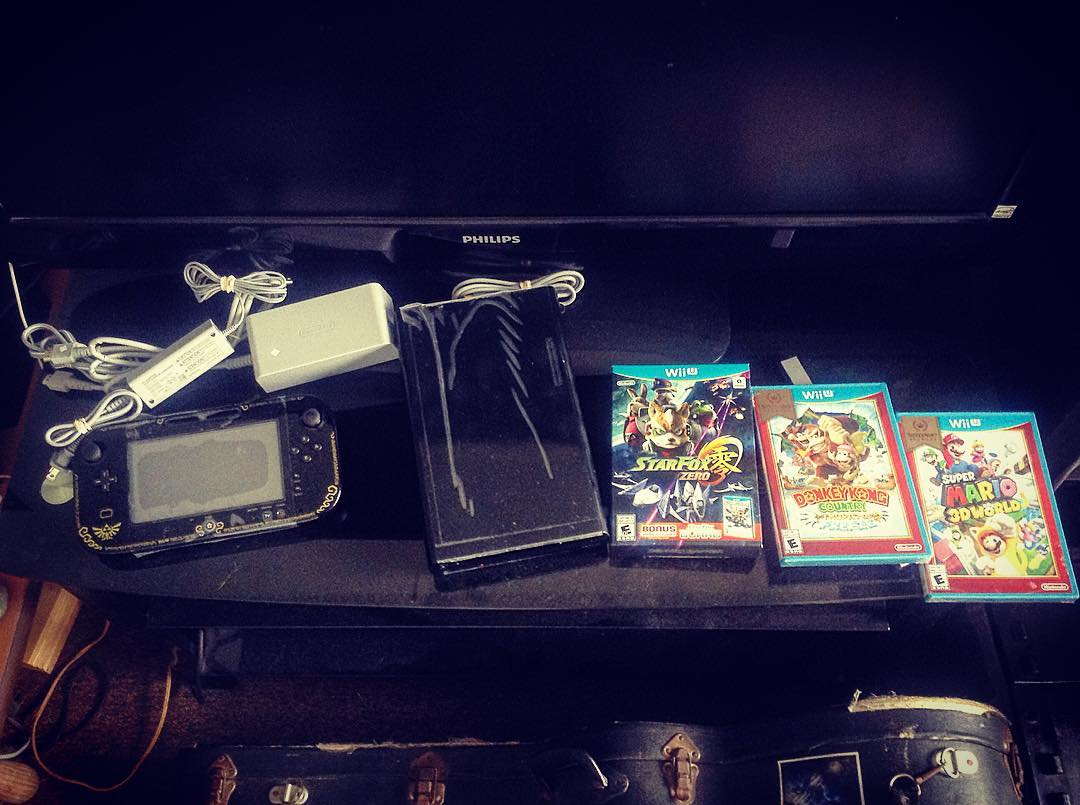 SO… I should wrap up this blog quickly, because I have a bunch of more work to do. No tasks so far, but I feel like some will come this week. A lot of emails to respond. And a few stories to work on. Not complaining. Loving this type of work. Also, Tijuana Adventure is getting a lot of attention! Writing more there and keeping the page active was a good idea.

Tuesday I got published with the Reader. Here’s the article!

That’s not all I did that day. Tuesdays really are like my Mondays. Those are the days I work the hardest and have to report a bunch of shit everywhere and it’s like my deadline. So I push myself every Tuesday. So I finish a lot of stuff Tuesday morning and accomplished a bunch. I sent a feature story that I worked on forever ago, and completed throughout the weekend (and Tuesday). That got accepted and will get published in the future. It’s a really fun story and I am excited for it.

Wednesday I got the good news about getting paid. So I relaxed for a bit and got Bisho (my cat) a giant tree for him to climb. I bought it for cheap, so I had to hunt down the extra pieces. After I finally built it, Bisho gives 0 fucks for it. I’ve put it in various locations in the house, he doesn’t care. Like all cats, he wants to play with the box only. I studied at night for work to do the following day. This is Bisho the Cat, almost always by my side…

Thursday I worked on that new sweet gig that pays well and it’s somewhat easy. It’s not that easy, it takes a while to do and there is some talent behind it, but it’s a very cushy job, and one I’ve been working to get in forever. I also wrote queries, emails, and more blah blah. I said I was going to be writing a lot. The more I do it, the easier it gets, and the more I do it again and again.

Friday I worked some more and I didn’t want to do much because fuck Fridays and I had the Tijuana Adventure on Saturday. But a girl I had a crush on said early in the day “a beer right now or never.” Well.. she basically said that. So I left work behind and ran to get a beer. It went well, then not so well, then I have no idea wtf is going on. But I do not want to worry about it because I HAVE A LOT OF WORK and that’s all I care about right now… kinda. I didn’t want to drink that Friday, but for some reason I drank more than usual…

Saturday morning was a bit rough, but I finished all the work I left behind on Friday. Then I got ready for my tour. I was hungover and not feeling it (this seems to happen a lot in the beginning of my tours). I was kinda half hoping they would cancel. But around 5ish pm I met with two awesome chicks adventuring all the way from Arizona.

They were so cool that basically what they paid for the tour, I was spending, even though expenses was supposed to be on them. We were just getting a lot so well and I was having too much fun that I feel bad if I don’t cover them. I was also sorta celebrating the fact that I made money (and I was making more on a fun tour). Like always, it was a fucking blast. Like I tell all my customers, Tijuana Adventure I do for fun. But I also gotta value my time (especially now that it kinda is “worth more”).

Sunday was rest day. But I felt like working, and I got bored. And I wanted to buy the Wii U. The easiest way was to cross the border and go to Game Stop. So I walked to San Diego (well.. San Ysidro). The sun was beating hard, and it was a stupid large trek for something that could be 4 blocks if there was no border wall. At least I have SENTRI and didn’t have to wait 2+ hours in line (I wouldn’t have gone if I had to wait).

FUCK GAME STOP. Seriously. It’s such a shit store and the mall was packed. I know it’s not the employees fault, but shit was understaffed, and it took forever to get what I wanted. Also, two people knew what they were doing, three others were just standing around “helping” and by helping I mean “googling” for me, which is fucking stupid.

But I finally did it. Got a Wii U. Got convinced for the Zelda Special Edition refurbished for $250, though the regular edition for $220 was fine, or a new one for $300 with Mario Kart was also a good deal. Got Star Fox (full price), Mario 3rd World, and Donkey Kong (for $20 each). Fuckers at Game Stop COULD HAVE FUCKING TOLD ME that my Wii U already had the Mario game installed. Maybe they didn’t know. But now I gotta go back to the store because I have an extra useless game that they sold me when they didn’t have too.

Ok. It wasn’t that bad. The employee was nice. She wanted to sell me all this extra Game Stop shit that I know it’s not worth it but I know the company pushes their employees to sell it. Fuck Game Stop, but there’s no better choice (online ordering is something I miss that I can’t get easily in Tijuana).

HAH! Every time I say to myself “I’m not going to write that much, you don’t have shit to say anyway,” I end up writing a shit ton. And I haven’t gotten to the celebrity…. I have a lot of work and the Mexico game starts soon, so I should wrap it up.

Reese Withoutherspoon is a dumb joke that I just wanted to type out quickly and get it over with.

I thought about her because I talked with this awesome girl I used to date forever ago, and I remember the time she helped me work on Reese Witherspoon in Ojai, Ca. This was top level stalking and having a girl with me help to cover up the fact that I was “a spy.” It was pretty fun times, but also very stressful.

I remember my boss gave me a lot of shit for these pictures, but the editors kinda fucked it up. But that boss was scary in the abusive kind of way, he would call me on the phone and yell fucking non-sense at me. I wasn’t even on the payroll, I was freelance! 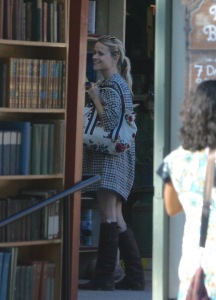 It was a weird shoot, it was a fun shoot. Because it was Ojai, it felt so personal. I know Reese saw me, but in most of the pictures it seems like she didn’t. It’s better to remain hidden no matter what, even if the celebrity knows you are there. I feel like they rather have that, than do the spectacle of photographers jumping on the street.

Anyway… I saw Reese a bunch of other times. And yes, they were all at LAX. I barely have memories of them and the pictures MEH. But here is more Reese.

This was the first time I saw her. The pic looks so soft. I wasn’t that good of a photographer. Picture is from June 21, 2008.

Then I saw her with Jake Gylenballs on May 4th, 2009. In the airport. And a lot of photographers. 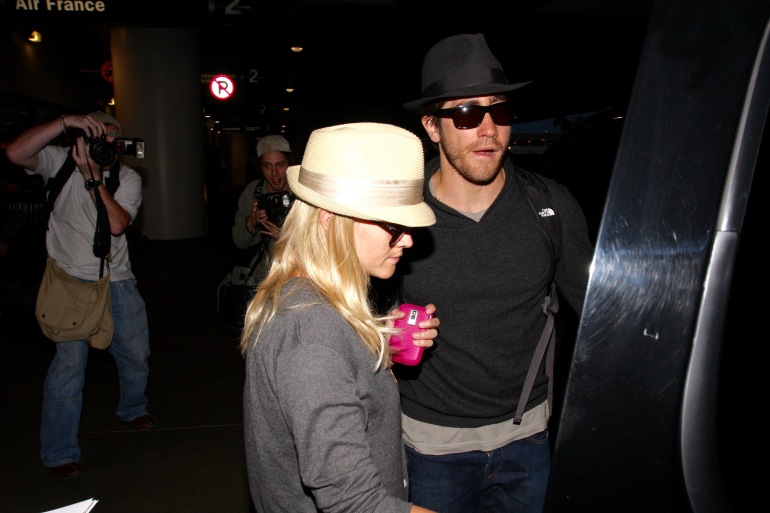 And finally, on December 21st, 2009. Reese always seemed to be nice. Though my interactions were limited. 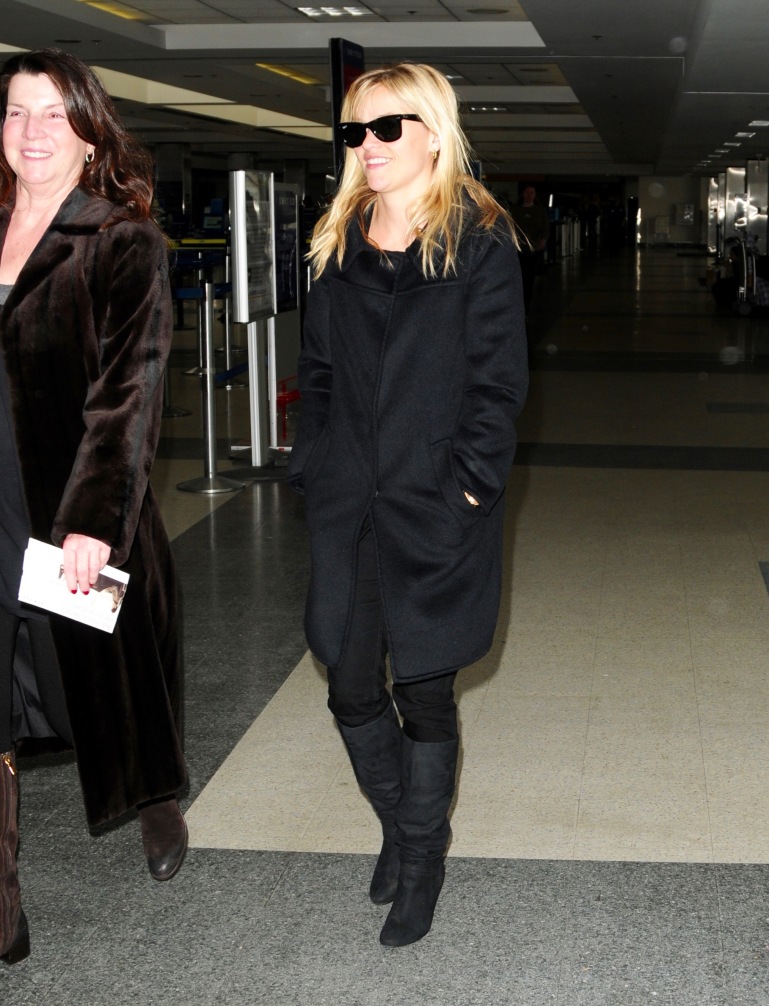 Ok! That’s it for now. Just in time for the Mexico game. This week looks promising. I have on huge story I set myself up with and tomorrow is field day to do some work. The research is already done, just need the interview and I’ll have a nice article to work on all week.

Until next week with more silliness!