Megan Fox also turns 30 today. I wonder how she is celebrating. Nah… I don’t.

Yes, I saw Megan Fox and I told her we had the exact same birthdate, I already posted about that here on my last birthday.

No, I do not like Megan Fox. She is an overrated piece of ass that can’t act.

Like always, the anticipation of the birthday trumps everything. It’s Monday, doesn’t feel like a birthday and I don’t really feel like I should go party. I am going to go to my usual spot, Norte Brewing Co. It’s the only thing open on Mondays that is worth it and people are welcome to buy me a beer. Do that. I’m broke and I want eternal beer.

This is where I’ll be tonight in my bday, and basically every night for the rest of my life (kidding).

It feels like I already celebrated my birthday. I went to Tacotopia on Saturday in San Diego and took over 600 pictures. Here’s 90:

Last year, Tacotopia landed exactly on my birthday, so that felt way more like a celebration than this year which is a cloudy Monday with no plans except post this blog and get to work. I thought I would be partying with my cousin right now, but his vacation plans were different. And since him and his girlfriend already paid for a hotel in San Diego, I couldn’t convinced them to stay in Tijuana to party all of Sunday.

Instead we had some family time and then he crossed the border. When coming back from dropping my cousin and his girlfriend at the border (I helped them cut in line), I bumped into a gay pride parade. So of course I took more pictures. I ended up editing 600+ pictures on Sunday and 200+ today.

My friend Andy was in town on Sunday with his girlfriend and his girlfriend’s boss (and husband). It was fun times. A small Tijuana Adventure in which I got paid with food, drinks and great company. Ended up bumping into a friend and she came over to my place to have a couple of drinks and talk about how shitty life can be. What a birthday!

Of course I woke up to hundreds of Facebook notifications (thanks everyone) and the groggy feel of not wanting to wake up and face an odd Monday. And now here I am. 30 years old. Still feel the exact same way (duh). As if the magic number 30 will suddenly turn me into someone else. I am getting old though, which is weird.

I just went out for tacos, bumped into Danger Dave, he bought me the tacos. The usual enchilados in the morning. So my birthday is picking up. Also, got two jobs on my email. Also, have plenty of work to do. Also, there’s a music festival this weekend in the desert and I have tickets to that. Also, I should stop typing, shower + beer and continue working.

So… in summary. Norte Brewing Company tonight, because that’s where I live. Monday fun day!

AHH! Also to add, friend from college, Charlie McCarron has an awesome music project in the works. Composer Quest World Tour. He started a kickstarter and already got half what he was asking for. I will be making a donation on my next paycheck and you should too! The rewards are great: 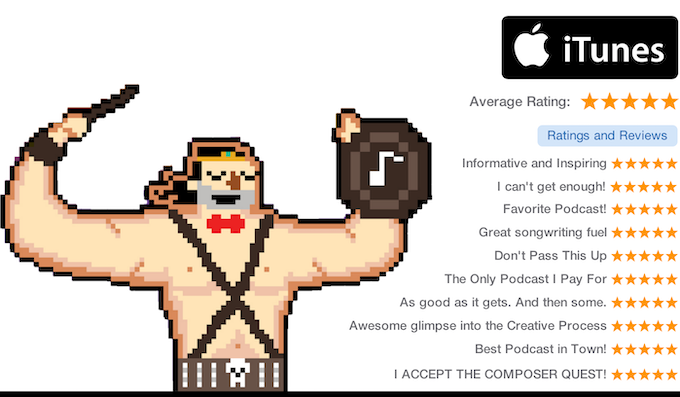 I have no idea who Nikki Reed was, but she was on Twilight. She was also in the movie Thirteen which she co-wrote and co-starred. Creepy awesome movie if you haven’t seen it (it was years ago when I did). Anyway, she was catapulted to fame again because of Twilight… and she turned out to be my neighbor. And I remembered we had almost the same birthday, hers is tomorrow. So happy birthday Nikki Reed!!!

Also, I get asked a lot if I had celebrities that became friends with me. Nikki Reed was one. We talked. And talked. And when she asked me to leave her alone, I did. She was awesome. We never “hung out” per say, but I did follow her and ended up just talking to her for hours about anything.

First time I saw her was at the Twilight premiere. Didn’t even know who she was. My friend Leah and her friends wanted to go to that shit show. I took my camera. It was a shit show.

She is way prettier than I remember….

I saw her on March 31, 2009 at LAX. I took pics and since her ride was taking a while, I sat next to her and we chatted. I remember she told me she was going to school for Art History, I was a recent graduate. We got along fine and chatted for a good 10-20 minutes before her ride arrived. My brother took pics of us together in the bench chatting, but I can’t find em.

Never mind! I found em! They were on my Facebook profile though, so the image quality is shitty:

I saw her a few weeks later on April 20th, 2009, my TMZ friend was there and Nikki was with a friend, so we didn’t have a chance to really talk. She remembered me though…

After that, I found out that she lived near my house. I forgot who gave me the address, but I went strolling around the neighborhood passed her house and she was leaving. I followed her to the post office. She told me she wanted some privacy because she was organizing her birthday celebration, so I told her if she pretended to put stuff in the mailbox I would put my camera away. She did. She had nothing in her hands when she did these pictures with the mailbox. Of course the mags ran it as if she did… We chatted, I felt like the birthday invite was going to be there… BUT NO. So I left her alone.

That sleeveless hoodie is fucking awesome. I want one.

I saw her the next day because she was going camera shopping and I offered my help. So I followed her around noonish to Sammy’s Camera shop, where I bought all my gear (with discount from the agency). I hooked her up with a 10% discount and told her what camera to get and of course I got some pics. She was going on vacation right after her birthday, hence the camera purchase.

She went to her friend’s house, changed, then went to get Starbucks. I left them alone after that.

I didn’t see her again until the next year and I think she already forgot about me. The other pics I have of her are no good and I know I never got her exclusive again. So there. We never really became friends, but I got along with her and we talked comfortably. Maybe if I played my cards right we would have gotten a better relationship, but bleh… I was young and shy and a paparazzo.

Those pictures are from October 17, 2010. I also saw Ashley Greene and other Twilighters that day. Ashley Greene was also one of the friendliest ever, and also that dude that was a vampire. I forgot his name. Not Pattison though, the other one that was ripped. Maybe he was a werewolf. And not Lautner.

ANYWAY. It’s time to shower with a beer, figure out the rest of my week and keep on hitting LIKE to every FB post :P and keep celebrating my birthday because yeah…. I like to procrastinate as much as possible.