February was not a good month. I spent a good a bit over two weeks horribly sick, barely working and not going out. I spend a bunch of money in medicine, doctor consultation, homeopathic doctor (what a joke), and a dentist. I got lucky and got paid more than I thought for one article, but that money is now gone, rent is due and bills haven’t been paid.

I’m done with being broke though. I turn 30 this year and I want stability in my life. For some time now, I felt like I’ve been missing the paparazzi job and Los Angeles. But now I realize what I miss is having a good paying job. I don’t mind waking up early and going to work if it’s something that I know it’s on my field and it pays well. I’m not looking for shitty retail jobs or at a restaurant. It would be fun for a while, but it’s more damaging than beneficial, the only good thing would be the money (but not enough).

I want a real job, I am looking for one and I am confident I will get it. I’ve been waiting to hear back from a perfect job for me that was tossed around in my direction but my hopes lessen with each passing day. But I’m not going to be waiting on my ass while looking for jobs. I’ll also be writing a lot. In fact, I am waiting to hear about two stories I sent this past week and my GAYEST story ever got published. It’s about a family theater that just reopened and in the same building (on the second floor), gay orgies go on. I almost went inside to do a complete report on it, but….uhh… no thanks.

I also have two Tijuana Adventures scheduled next week!

So there wasn’t much excitement this week at all. I only went out on Thursday and it was for a work thing that was beer related, so I ended up drinking a bit and taking some pictures:

Besides that, I stayed in the whole week (and not by myself). The weekend was all about House of Cards. A lot of people said they stopped watching because of the 3rd season. People forget that the title of the show is important here. The first two seasons were the Underwood building an actual house of cards. At the beginning it goes smoothly, there is a lot of action and you built fast. By the third season, they are almost in the very last cards. There is not much action, just the last couple of delicate cards. The 4th season is the final couple cards and how the house is shaking. And the 5th season (I can’t believe they are making me wait) will be the destruction of the house (I assume). Kinda like this gif:

My party days shall be coming to an end. Next will be waking up super early to cross the border to go to work. But I am more than ready. Limit my party to once a week like it used to be and save money to buy some toys (9-string guitar, more camera gear, video games, etc.)

Mila Kunis has to do with nothing of what I just wrote, but I asked some chick that likes my pictures who I should post next, and she said Mila was her favorite. I only have three folders of Mila Kunis. The first time I saw her on July 16, 2008 (early in my career), was pretty silly. She hit her head on the revolving doors on the arrivals sections of American Airlines and came out rubbing her forehead. She laughed about it, didn’t care about photographers (there was three of us) and just went to her car. 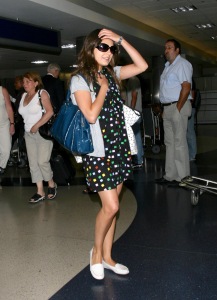 The second time I saw her was on April 10th, 2009, though I don’t really recall. I remember people telling me she was not cool with the paparazzi, but she wasn’t that bad that day. 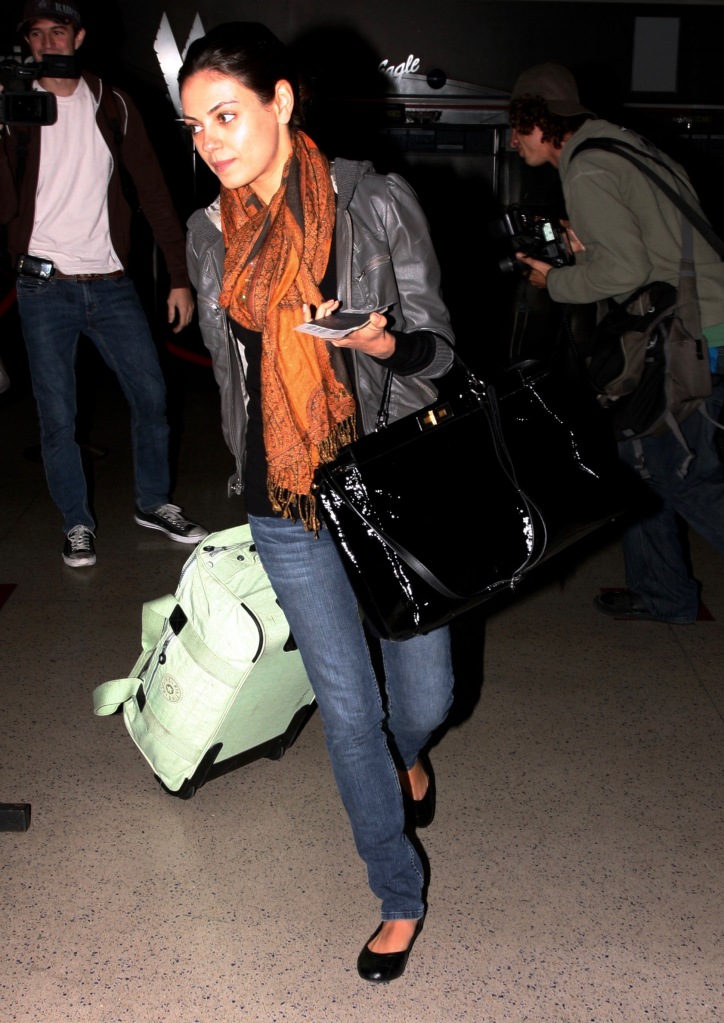 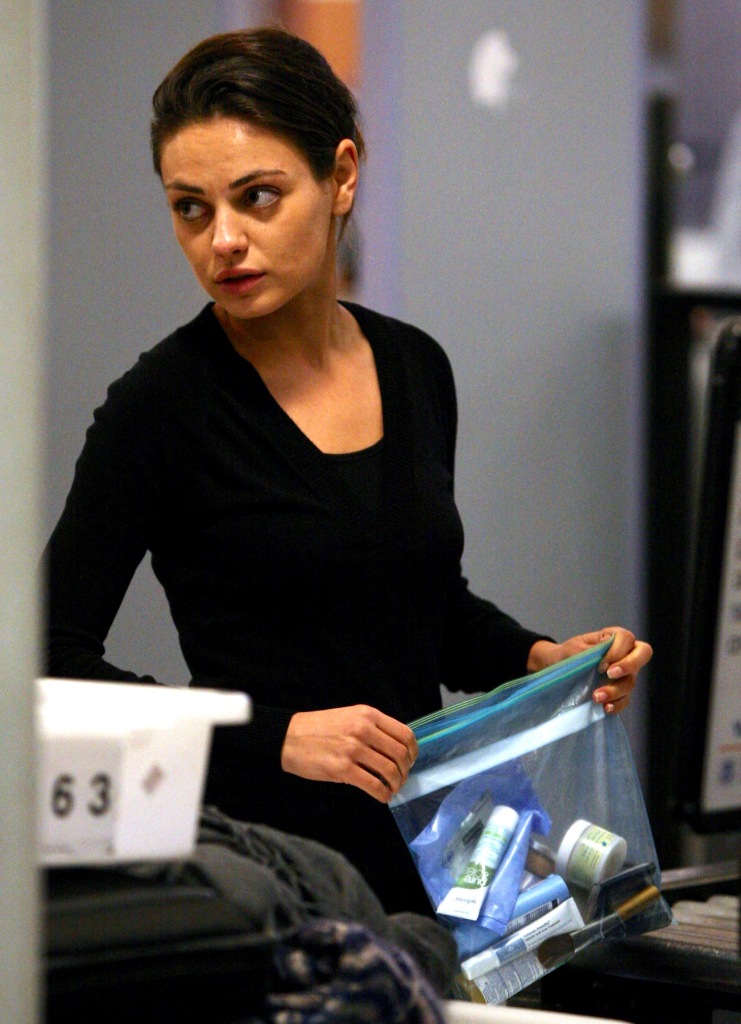 The last time was at United Airlines on December 13th, 2009. She sat on the curve smoking a cigarette and she didn’t see me taking pictures. A civilian who said was a cop off-duty threaten to arrest me. The “cop” asked for my ID, told me to stop taking pictures because it was against the law, and called the cops. Luckily, I was working with someone and while this “cop” was threatening me, my partner was taking pictures. After the cops on the phone told him that I was on my right to take pictures, the “cop” went to Mila Kunis and told her about the photographers. Mila became impossible after that and the asshole “cop” tried blocking our pictures (celebrity suck up). 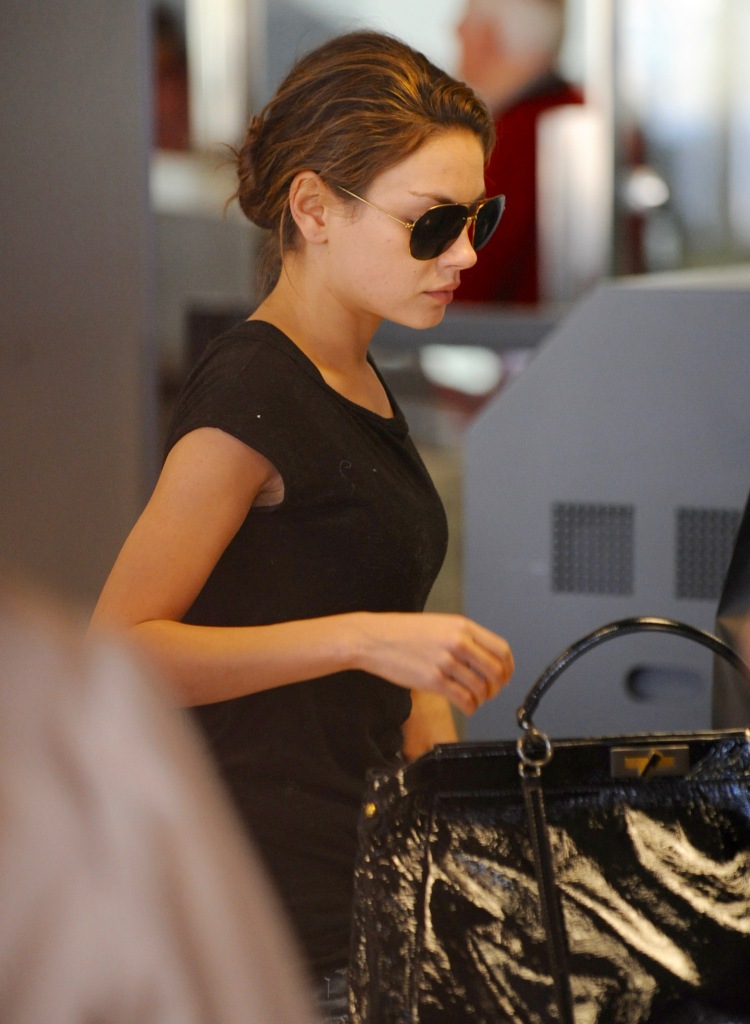 If you were wondering why the title was “Nobody Loves Mila Kunis”? Is because of the bag she is carrying in this last set. Clever me, huh?

Let the week START! I have a lot of work to do and jobs to search for! Also, I need to do laundry and get a haircute… Time to get busy! Oh.. and when I get a job, I’ll probably be moving the blog posts to Sundays… but until then, see you next Monday me!