After a couple of weeks of being horribly sick and not being able to eat how I like or able to drink liquor at all. I’m back baby!

And I’ve still been watching a lot of Futurama. You know that episode where Bender turns human and parties like crazy? Well, I feel like that was me this last week. I’ve been over indulging in craft beer and delicious food non-stop. But I seriously need to stop, start working and also get a part time job in San Diego. Hopefully something related to camera work. It’s been slow for news stories and haven’t sent any stories at all. After I am done with this blog post, it is time to work on them stories.

Tuesday I worked from home and didn’t go out or anything.

Wednesday I went on a random date and we watched Deadpool. The movie was awesome. The date….

Thursday I also did some work. But worked implied drinking a few craft beers. I’m investigating politicians in Tijuana so I had a chance to drink a beer with one of the candidates for City Mayor. From there, I hung out with the campaign manager for a while, whilst he told me more about the campaign. So it was technically work and I ended up going home close to 3:30 am.

It wasn’t an official tour by any means. My friend, Erik, aka Lightworks, from Austin (TX) came to Tijuana to play a show. He brought a couple of his friends. They arrived at noon and already brought beers. I joined them early on and debauchery entailed. We didn’t come home until 5:30 am.

Lightworks dedicated this song for me at the show as his encore: 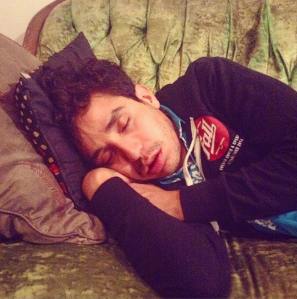 He says that he doesn’t play that song anymore, but I told him it was my favorite, so he hooked it up just for me. DANCE! DANCE DANCE DANCE to his stuff. He is seriously one of the few people that gets my body moving to electronica. I usually don’t listen to this stuff.

On Saturday, I woke up late and hungover and kicked the guys out of my house. It was my brother’s celebration brunch and a cousin and uncle from Guadalajara came to visit. I went to have a brief brunch and hang out with the family before heading to the border for more “work.” 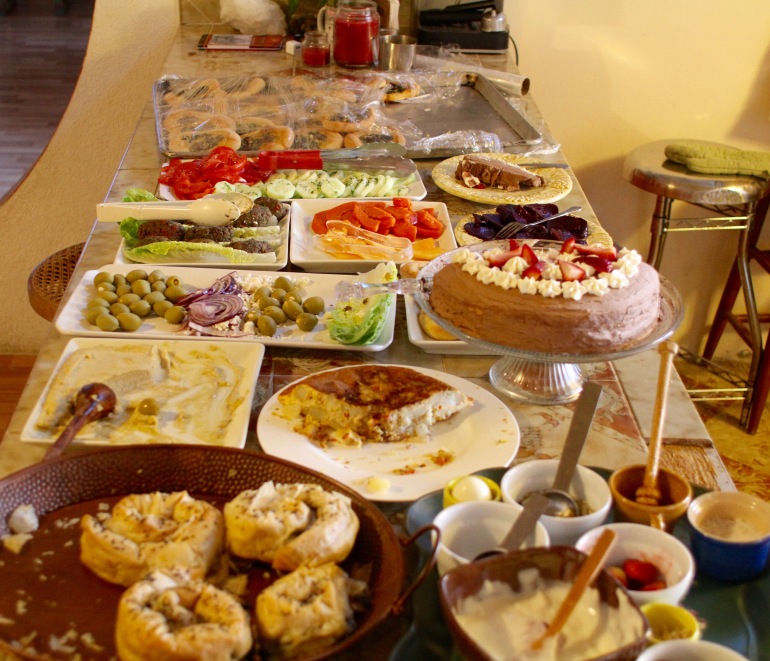 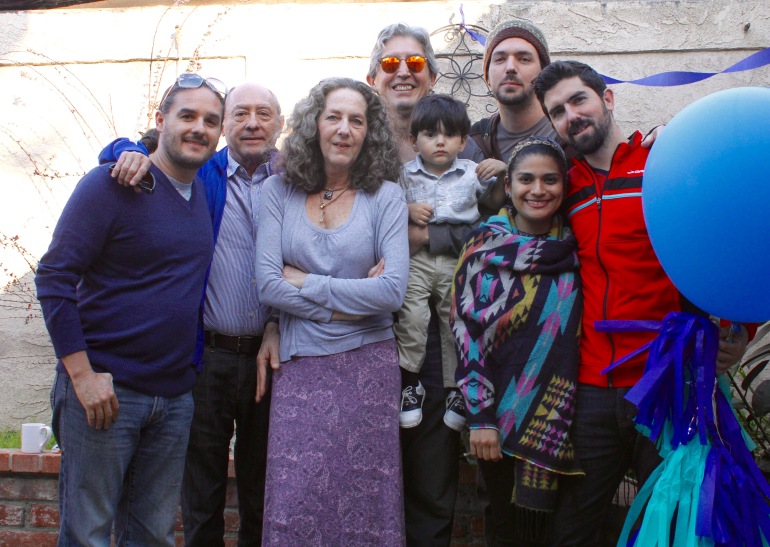 La familia and my hungover face.

I had an official tour, sort of, that’s why I crossed the border. It was a friend of a friend’s birthday, so we planned out a tour for the day. But a lot of people ended up flaking and it was just three girls (including my friend). I couldn’t possibly charge friends for giving a tour, especially when they already knew Tijuana well and I was just taking them to my favorite places.
I ended up losing a bunch of money both days and not making any. But it was fun. At least I have a few good pictures of the tour for my website. And again I partied until 5:30 am.

This ^ picture by Christina.

At Fauna for more beer flights!

I met Christina because she was going to model for a videoshoot for Rumble Fest (a music festival I helped organize three years ago). 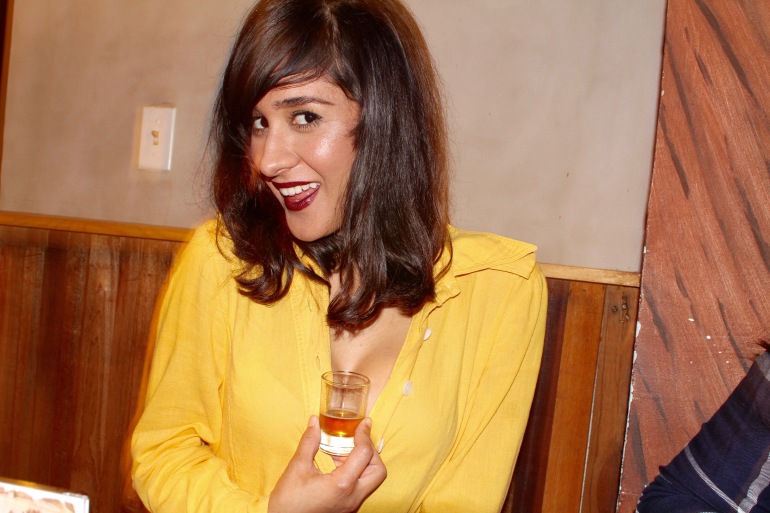 She likes the camera and little samplers of beer. More photoshoots with her soon (maybe…)

Sunday, I didn’t want the party to end. Pinche Paco came over to my place and then we went to eat and drink at Voodoo Stu’s. And again stayed up watching Futurama until 5:30 am.

Leo DiCaprio and Fuck the Oscars

WOOO!!! It’s party time! Let’s celebrate that DiCaprio finally won a fucking Oscar and everyone can STFU with the same fucking stupid joke. Seriously. A joke stops being funny after hearing it a couple of times. The DiCaprio Oscar joke has been going around for fucking ever and it’s not funny.

In fact, the Oscars are a complete shitty circle jerk for actors and bull crap.

The Oscars meant one thing for me. I HAVE SHIT TONS OF WORK THE NIGHT AND MORNING OF THEM. A lot of actors don’t like Los Angeles, like Kate Winslet, she flies in for an event and leaves as soon as possible.

Now more about Leo. He is one weird mother fucker. A smart one. But a fucking weirdo from my experiences with him.

Leo, if you didn’t know, is extremely against paparazzi. He has a good reason for it as well. He knows his image is worth $$$ so he protects his own image to ridiculous degrees. I tried hiding or not even taking his picture, the dude knows how to avoid getting his picture taken. He makes photos of him so obsolete that he makes his image value go up. Getting one good picture of Leo in his natural state is one of the best things you can get. But he is EXTREMELY CAREFUL.

I’ve even hear that in restaurants he requests tables that faces a wall so he can stare at the wall while he eats and no one sees him. Completely believable. The dude from the moment that he gets out of his limousine, just looks down to where his feet are and covers 92% of his face. EVEN WHEN THERE IS NO ONE AROUND.

I saw Leo a few times. He was never worth it because he was so good at making the picture worthless. Because he wasn’t worth it, several times we got experimental to see if he would crack. He never did.

Don’t get me wrong. I think Leo is a great actor and a smart dude, just not really likable in person. And it’s not because he is against paparazzi, he just doesn’t seem to have any genuine charm. Many child actors turn out to be weird and unrelatable to the real world, except Elijah Wood. I talked to him for a few minutes at LAX once and it was awesome, but that’s another story. The reason I don’t like Leo is because of all his left-super-liberal agenda.

In one of my classes in University (I went to college for Conflict Studies besides music) we studied celebrities for the environment. Leo Di Caprio came out as a prominent figure… to make fun off. Celebrities that just latch to a cause and truly believe in it even though they have the rhetoric all wrong and can really explain why they hold those ideals. I get it that he is doing for good causes, but it is similar to when Steve Harvey says crap like “If are an atheist, you have no moral barometer,” or “why do we still have monkeys?” or “homosexuality is a sin, but lesbians are cool.” It is one extreme from the left and right. But they are both believing in their heart, that they are right. I’m going to go ahead and agree with Leo, but he does more harm than benefit to the cause.

Anyway, talked too much about Leo. Done with it. Here are some shitty pictures from January 17, 2009 with Bar Refaeli and Leo’s mom. I don’t find any other folders with his name, but I am sure I saw him at least couple more times. There are probably no pictures because they were even worse than this set:

That’s it! Now I have tons of work to finish but at least I am inspired to work. Hopefully I get it all on time so I can make money this week, but I really doubt it. Next tours I do, I should probably charge…