October was a great month.

It started great. I started posting color pictures, had a Tijuana Adventure and got published. But the week after I got sick and everything turned to shit. I quickly recovered to the news of getting published, paid and that Rumble Fest will happen again this year. And it ended the best way. With awesome Halloween times, my post #50, a resume of what the celebrities posted in this blog and my story of Lindsay Lohan in Hawaii.

I got an article rejected but two published on Halloween week. With my mind in Halloween, I didn’t work that much after that. So I didn’t make a lot of money and now I have to push work for the next few weeks to keep going on the right path. On Friday, Donkichow played a show in a venue called 1250. It went great, except for one song that was all fuckidity.

Halloween was extra fun and I will be sharing tons of pictures. For the first time since I quit my job, I took an SLR camera out and about to do some photography work. I borrowed my roommate’s Rebel Canon with a 50mm/1.8f and went out to the streets on my cow costume.  Since 2011 that I quit my job, I have avoided SLR cameras as if they were the plague.

Being a paparazzi ruined many celebrities for me and it definitely took the joy out of taking pictures. For years I only used a cellphone or my iPad as cameras, always itching to be able to fuck with the settings and do much more, but refusing to go back to real cameras. Not my top choice for going around town since I rather shoot Nikon and never really used a fix lens.

I usually carried two bodies, one for short and the other for long. My shots were 80% long lens with a 70-200mm/2.8f on a Nikon D3 while the short kit would be a shittier lens (24-70mm don’t remember the fstop) on a Nikon D700. Before shooting Nikon I used Canon for a couple of years. I preferred the Canon short lens 17-40mm/4.0 f than Nikon’s (even the 24-70mm/2.0 was uncomfortable). After making the switch, it took me a while to get used to Nikon, but once I had it… I was never going back to Canon. Of course, unless I don’t have another choice.

So with a Rebel and a fix 50mm I decided to get some interesting shots for Halloween. It took me a while to get used to the camera and the fix lens. Once I got it right and started taking great pictures, it was too late, I had drained the battery from flash usage and for reviewing pics constantly. No battery grip = way less battery than I expected. No off-camera flash = I used the flash on the body like 20 times and probably killed the whole thing. Oh, how I yearn for my old equipment.
Nevertheless, I really appreciated that I got to used the camera in a really fun night and it made me miss my job so much. Part of it, because the money was good. But the main reason is because I was goddamn good at it. I claim to have the record of the most celebrities shot at LAX in less than 8 hours (27 celebs). I did exclusive sets in the midst of photographer gangbangs. I knew the airport better than its own employees. I knew all the best angles. I am not claiming I was the best, much respect for other photographers that I worked with, I learned A LOT from them. But I was goddamn fucking good at it as well.

Anyway, enough of me tooting my own horn, you can judge pictures by yourself (and I know I can do way better). I just really missed shooting with real cameras. Hopefully I can save money soon and get back to work as a photographer instead of just claiming that I am one.

Before I went out to the street, I practiced a bit with my cat.

And because I always take pictures of my food. This was my invention before going out.

The 50mm fixed made it difficult to take pictures at a crowded show. So here’s a Barbie.

This is the first costume I saw that convinced me for a picture. I was still rusty with the camera.

We went to get some brews at Norte Brewery. The streets were not packed yet. This picture looks great for a Tijuana Adventure poster.

There were a lot of Anonymous masks, this is the only one that pulled it classy as fuck.

The only dog I saw with a costume, at Voodoo Stu’s southern kitchen. Of course the crocodile outfit is appropriate. He looks so sad :(

Saw wonder woman giving out tickets outside another brewery.

And after a couple more brews, the streets looked like this.

I played with the slow shutter/camera flash.

Eating street tacos. Took the pictures while walking, focus was not on point but haven’t taken sneaky pics in ages.

There were a lot of Catrinas. Halloween and Day of the Dead start to become one.

Cops were everywhere and so were people with costumes, though there was still a big majority not dressed up at all. 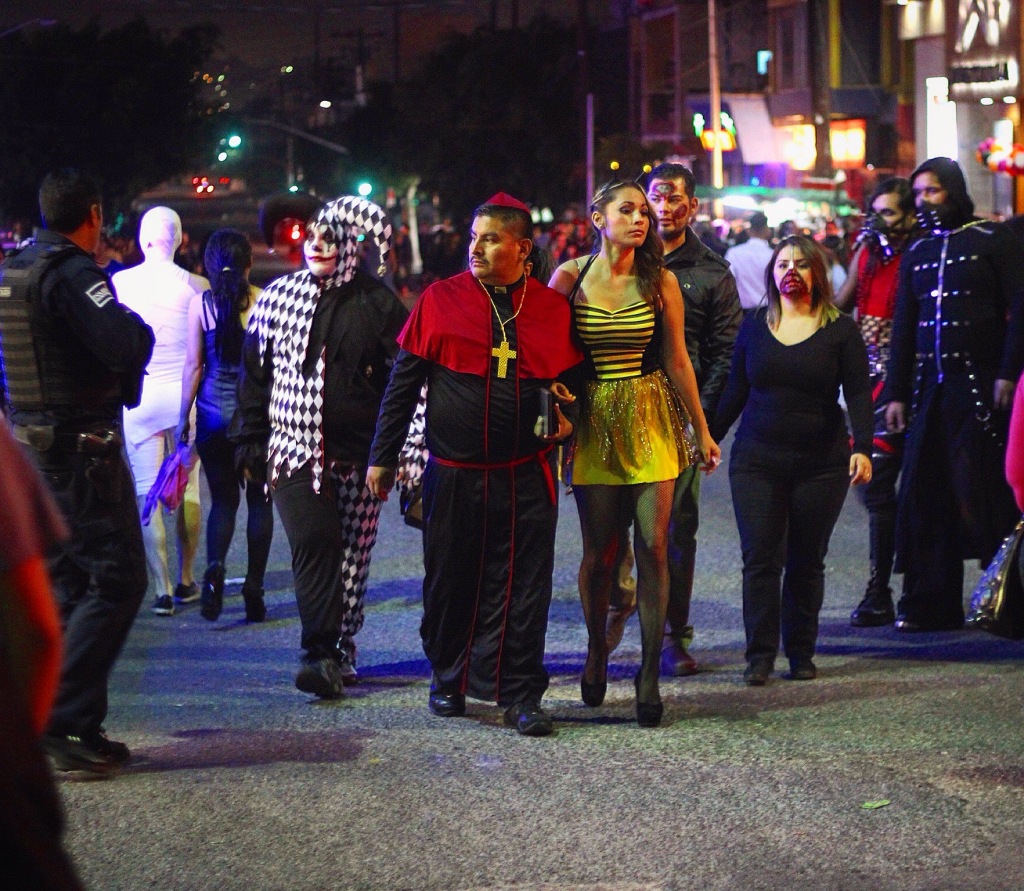 This creepy clown was one of my last pictures. I took many more but edited down to just these few. Complete album is on facebook, more pictures on my instagram.com/matingas_

This creepy clown was the best of the night, unfortunately I didn’t get him sharp, but threw a bunch of IG edits on it too make it look legit. I need way better programs for editing if I want to get serious about getting back to it.

I checked my hard-drive to see if I had any Halloween pictures, but apparently I never worked during Halloween. Which is good, because I really like partying those days. But if any celebrity knows how to do Halloween right, it has to be Neil Patrick Harris and also Heidi Klum. I saw Heidi Klum a bunch, but I only remember seeing Neil twice. Both times my bosses and other paparazzi told me that Neil likes his privacy so he is usually a dick. They were wrong. Both times he was awesome and smile at me.

First set is of him with his partner from January 29, 2010. I remember that he was not on my list, but that a co-worker called me that he was following them to the airport. He also got some frames, but because he had to go park, I got the better end of it. Plus, a direct smile from Doogie Howser MD himself. 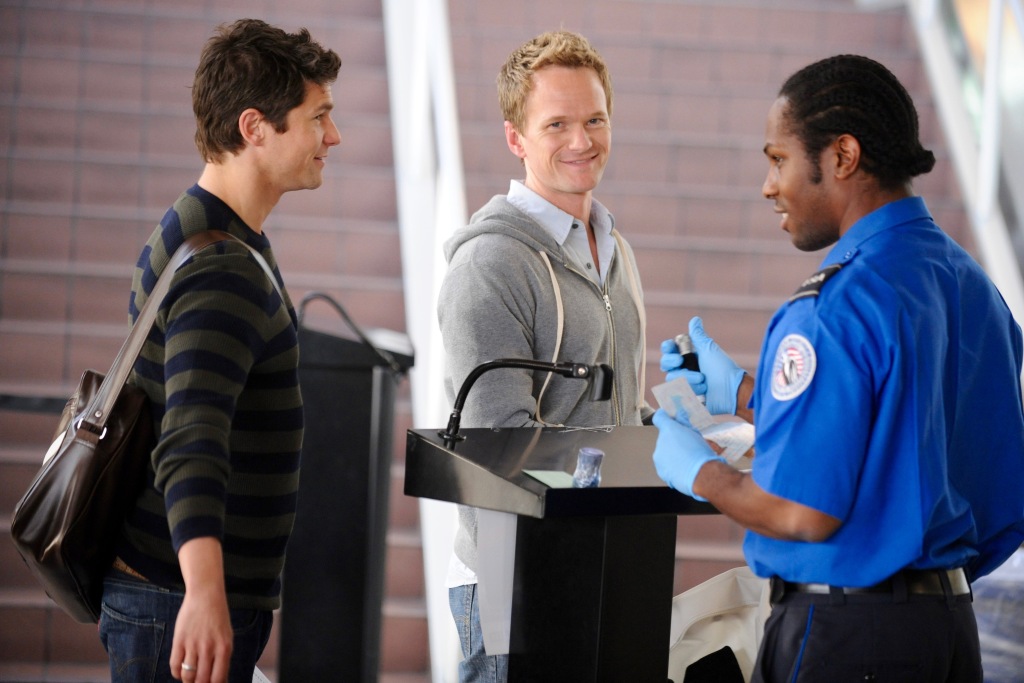 Such a Barney Stinson smile…

The second time I saw him, I don’t really have much of a memory. That same day I also saw Tori Spelling and her family and Rose McGowan. Here are the frames from April 3, 2010: 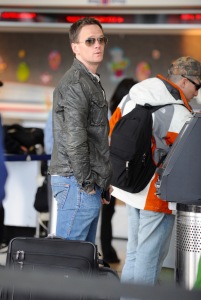 Awww machine told him to check-in at front desk. That’s him waiting. SHOCKER they are just like US! OMFG!

An airport rep finally recognized him and help Neil out. So he skipped all the lines.

Apple decided to launch El Capitan and I did the upgrade. Edits took me forever since everything has shifted and I can’t get the iCloud to work properly between my iPad and computer. Basically, I wanted to be done with this blog post before night fell so I can go do a review of a coffee shop, but with the new time shift and OsX change, everything got fucked. Still, so much work to do. I guess I will be working at night time. Anyway, until next week!
Oh yeah! I was a cow for the 10th time in Halloween. Can’t wait till next year! 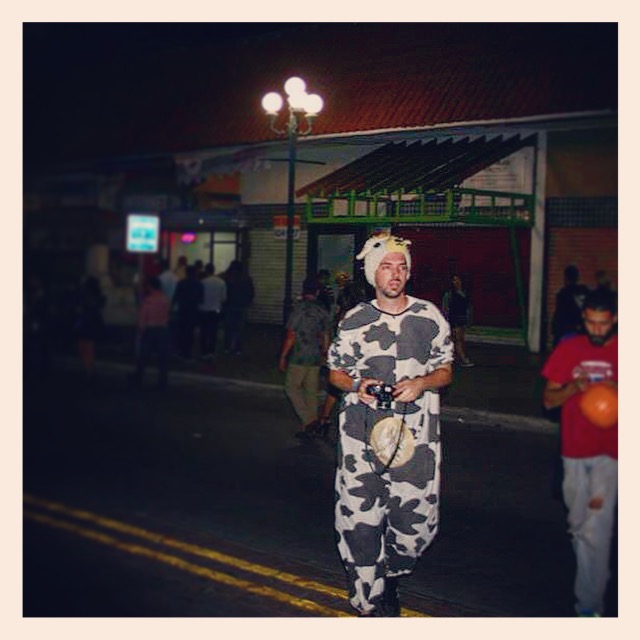