Following the previous week’s success, this last week I even had more success and not only in freelance writing.

I didn’t get printed four times in a row, but I rescued an article from dying and it got published in local source the SanDiegoRed and got one more print with my usual magazine, the San Diego Reader. When I first started as a writer for Soccerly, what matter the most was how many views/likes/shares the article would get. I remember getting excited when my first article broke 10,000 views (the first writer in the website to accomplish the task). The website gave you silly icons as rewards…

The article on the Red got more than 1,000 shares in less than 24 hours (currently over 1,500 shares). It is all Tijuana’s cheap copy of the Hollywood Walk of Fame (and how remarkably shitty it is). The article on the Reader was similar in popularity, shared over 1,000 times in less than a couple days. The Reader one is about the Chun Kun lady, a popular spring roll street vendor in Tijuana (and one of my favorite people ever).

Not only did I have success on the writing world, but after a few weeks of email planning, I had one of the most amazing Tijuana Adventure ever. Compared to June, where many tours were planned but all ended up being canceled, this one actually happened and it was amazing. It actually started wrong, since one of the tourists crossed to Mexico by accident, the other two made it in time, but the other two were 3 hours behind, making the beginning of the tour.

After we all finally found each other in La Cevichería Naiz, the adventure was well under way. I reserved the restaurant Mision 19 for dinner, the fanciest place in Tijuana, since the tour was a bachelor party. Dinner was beyond excellent and like always, I befriended every single client on my tour (and like always, they were all very awesome people to hang out with). After fancy eatings, we went to La Mezcalera for some mezcal shots, and what happened after that will remain in the dark, not only because we were already wasted, but because what happens in a bachelor party is not meant to be shared.

The TJ adventure did not end until breakfast…. but mine continued until Monday morning.

I did not sleep all of Friday and was a zombie on Saturday. I met with the guys to see if they wanted lunch before going to America, but they decided that they were too tired and it was time to go home. I had a blast with them and then got paid (which always makes me feel guilty, but hey… it is a business!)

With cash on my pocket and since I had already gotten published and money was on the way, I got lazy for the rest of the weekend and did not work but instead watched Netflix, EVO2015 and party. I got wasted and passed out in a closet on Sunday at Pedro’s birthday bash, a party with all them cool cats from TJ, free Kokopelli tacos and DJ Chucuchu playing on the rain (Pedro is your neighborhood Mr. Nice Guy). This made me a complete zombie again for Monday and did not published here in my blog… oops!

Now, I have plenty of work to do and the rest of week to do it (and run errands! how fun). I feel like doing nothing and enjoying my momentarily success, this is barely a scratch of my potential, pero… la hueva!

Anyway, during my awesome moments of laziness, I got to watch two movies with Julianne Moore. Julianne became a favorite immediately after watching Children of Men. So much talent and guess what, she was awesome every time I saw her in person. The first movie was “Don Jon,” where she plays a cougar that went back to community college and seduces Joseph Gordon-Levitt, I don’t even like redheads, but you can’t help but feel jealousy for Gordon-Levitt’s character….

The second was the award winning “Still Alice,” though a slow movie with shitty actress Kristen Stewart (she was ok in it) and Alec Baldwin (who is sort of a dick), the movie was still AWESOME because of Julianne Moore. I’m a shitty movie critic since I am bias to the people I saw, but hey, here are pictures of Moore smiling at the camera at LAX. No special memories from her, just that she was always super nice and did not care about her picture taken.

Pictures from October 20, 2009 late at night. Her smile is pretty much the same in every set, yet looks completely genuine. 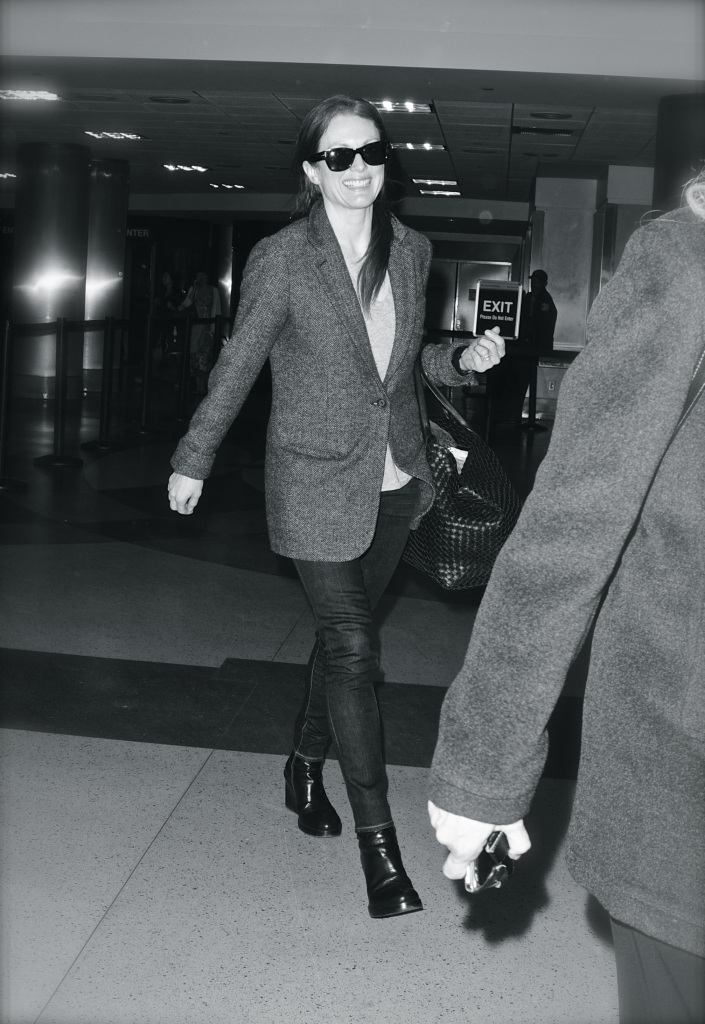 February 10, 2010, arriving from Paris late at night and she still is a super nice person and smiles. 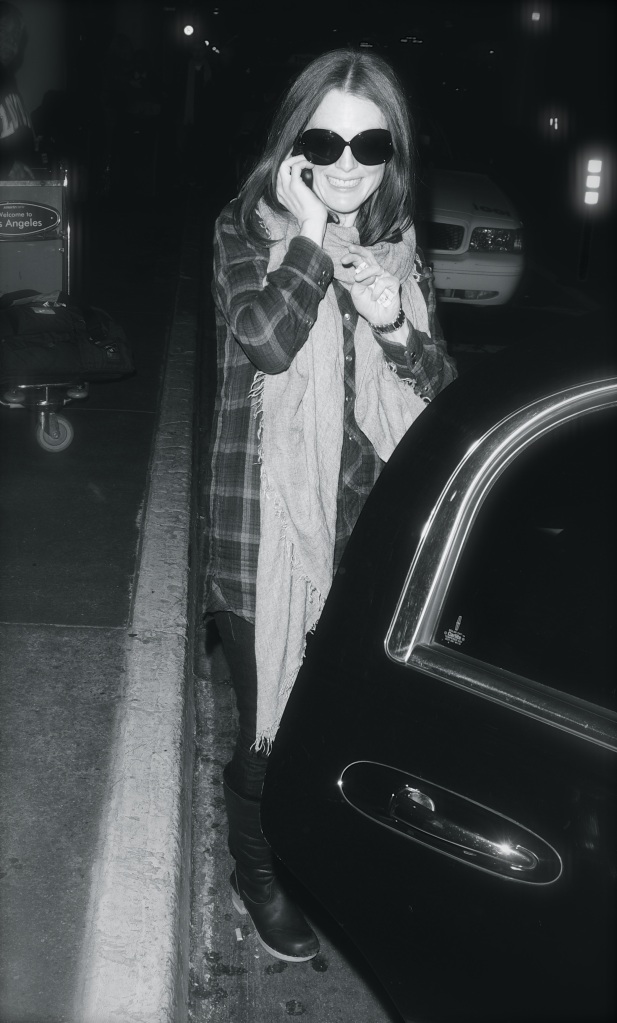 And finally, two more pictures from November 15, 2010. Don’t have a memory of seeing her anywhere else but LAX and maybe I saw her more times and did not save the pictures, I’m letting do my hard drive do the thinking in some situations, pretty much like Alice started to make her iPhone be her memory. 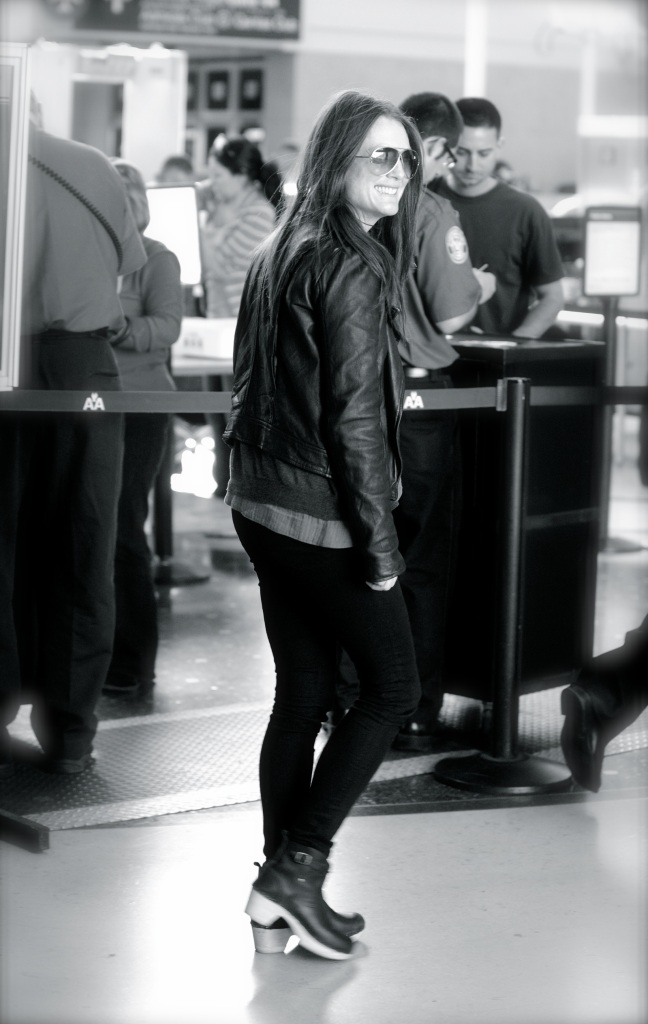