When you freelance all your life, it is bound to have some ups and downs. My birthday month was definitely an up. I dedicated all my time and energy on a project (TRF) that when it ended, it felt like going down on the Dragster (Cedar Pointe) reaching top speed and in an instant, it is all gone. Just like that, I was at he bottom again. If it wasn’t for friends and family, I would be on the streets right now. Luckily, I have plenty of support, but also, plenty of debt.

More than 20 days have passed since TRF and it feels like it has been years. I felt like I needed to escape from Tijuana or myself. With no money, my escape was to shave my head. I actually just wanted a regular haircut, but my friend that cuts my hair was on vacation. I told a couple of male friends to just shave my head, but they did a horrible job that I ended up doing it myself. I didn’t do a good job myself since I looked like a crackhead mental hospital runaway. Luckily, I found the kindness of a stranger that bought me a beer and help me finish the job (weird huh?)

I already posted about Britney in this blog before. I was there after she shaved her head and talked in weird accents. In the eyes of the world, she acted insane. I don’t think there’s nothing insane about wanting a change in your life and opting on shaving your head. Of course, its way more of a shock when a female does it, but the relief of getting rid of dead weight feels magnificent. In other words, I feel like I comprehend Crazy Spears (to a certain degree).

June is now an uphill battle almost conquered. I’ve been working almost everyday of the month and remain at $0, which is fine since the desire to go out and socialize is null. Instead, I’ve got the World Cup fever, making me miss my first official writing job. I started writing about soccer again, just for pleasure. And luckily, a section that I didn’t know existed in the San Diego Reader picked up my writings.

The last World Cup I lived it in Los Angeles when I lived in Mariner’s Village. Mexico played the opening game and I woke up at 6 am to drink a six-pack of Heineken and watch the game, no one in the area cared about the World Cup except the European paparazzi. Of course I saw many soccer players and took their pictures. In fact, the first picture that I took of someone famous was in January 2001 when my brother recognized Ronaldinho in the airport of Rio de Janeiro. He quickly ran to him and told me to grab a camera. We only had a disposable camera and that did the trick.

In my real paparazzo days I obviously saw plenty of David Beckham, but I never saw him as a soccer player, but more like an obnoxious and asshole male model. Besides him, I had encounters with plenty others. I almost ran over Landon Donovan once while rushing out of the airport parking lot to send pictures. Instead, I hit the brakes, found the nearest parking spot and jumped out of my car to bother Landon. The US soccer star was on his way to the Superbowl and was nothing but a great guy to me. 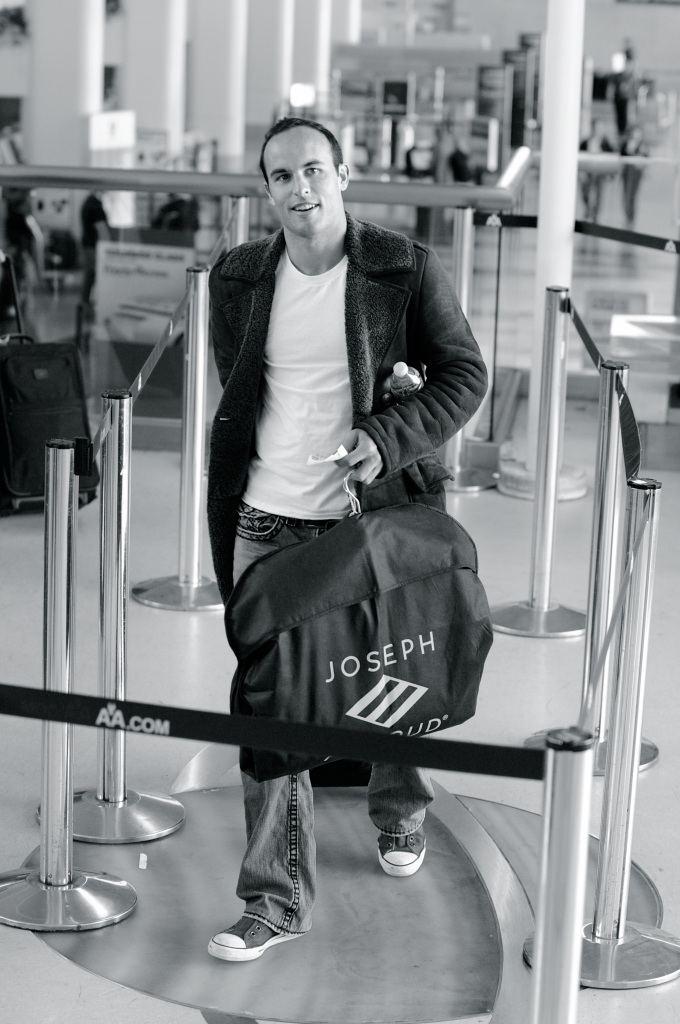 (December 13, 2011)I also saw El Pibe Valderrama walking around Tom Bradley terminal, seemingly lost. I decided not to bother him.

(March 29, 2011)
I spotted Didier Drogba with his whole family at the security line. They were there for a classic LA visit and Disneyland. 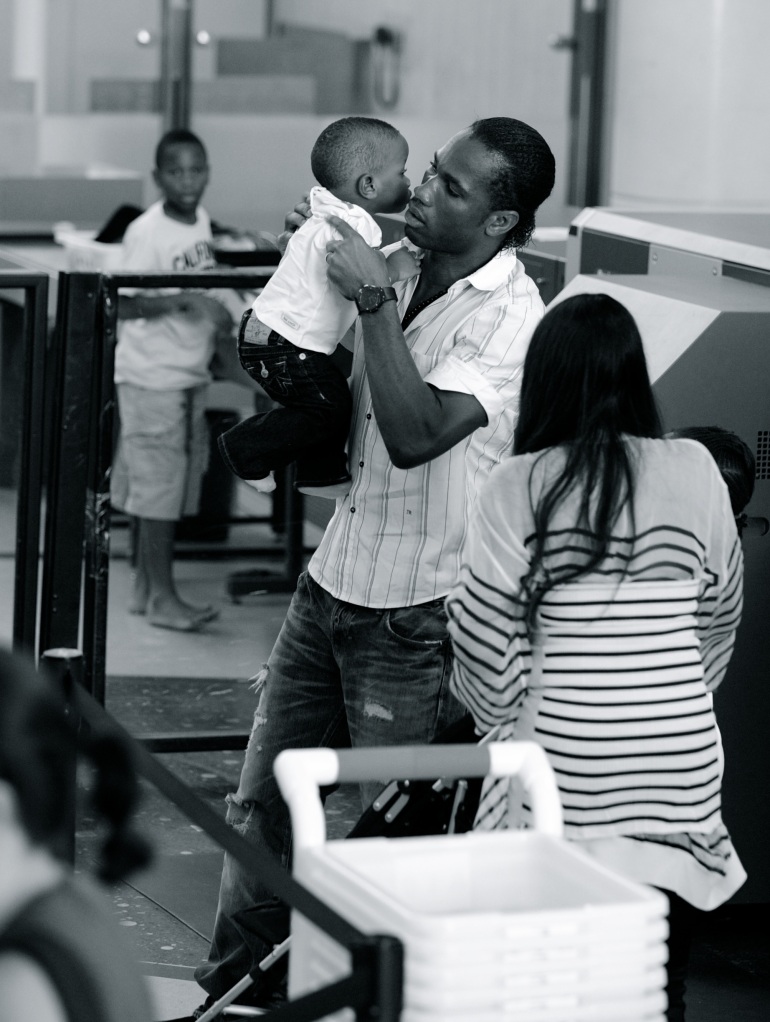